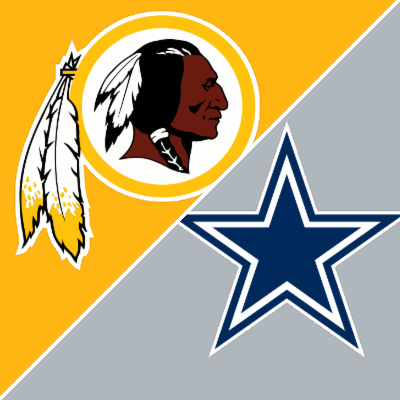 Even as a kid, I would often think, “Wow – I wonder how Indians feel about that name.” (Back then we called them “Indians.” I mean no offense to Native Americans).

Either way, I wasn’t a fan of that football team. I was a Cowboys fan.

I became a fan when I read a comic book, detailing their first Superbowl win. In that book, Roger Staubach talked about giving thanks to God and praying and spending time with his family instead of partying, and basically reflecting all the stuff I was immersed in as a child, that wasn’t part of mainstream culture.

I distinctly remember thinking, “This guy is on OUR team. He’s one of US. He believes in God and Jesus and prays and says some of the same things my dad says. I can root for him. He’s on MY side.”

That’s how a seven-year-old thinks.

I developed a personal connection with Staubach (Captain America) and lived and died by his wins and losses right up until his retirement. A lot of people did.

By extension, I developed a love for the whole Cowboy franchise and all the people involved. By the time the team won the ’77 Superbowl, I was ten and had the football cards of the entire starting line up – offense and defense. I knew Too Tall Jones’ sack stats and how fast Tony Dorset could run.

The star on those helmets meant something to me. It was all drenched in tradition and America and good guys versus bad guys and the clean, white jerseys triumphing over those evil, black Steelers jerseys.

The Cowboys were the Sheriffs and whoever they were playing were the outlaws. That’s how I processed it…as a child.

This year, the Washington football team is getting rid of that name – Redskins. I personally think that’s a good idea. But a lot of people are upset by it and I totally understand why.

It’s not about the name change as much as it’s about the constant cowering to political correctness pressure we see everywhere, these days.

People don’t like cowards. They don’t like to watch someone shrink in the corner and give in to the demands of a mob – even if the mob has a point. Stand up and at least make your case.

The point, to the team’s ownership being, why does the name bother you enough to change it now, when it didn’t bother you at all when you bought the team?

Either you weren’t culturally sensitive then, or you’re just pandering now. Nobody likes either of those traits.

But it goes deeper than that.

People are feeling their footing quake and their society – a society they thought they could count on – start to crumble a little at a time. And that scares them. And fear brings out anger.

We were all fine with Aunt Jemima. We loved her. She made us feel good. She had syrup in her bottle. We didn’t think of her as a slave or servant or anything of the sort. We just liked her syrup and kind of saw her as our “aunt.”

Now she’s gone. And when your Saturday morning memories start disappearing, it’s unsettling. Especially, when they tell you it was fundamentally racist to have that connection with Aunt Jemima.

The 4-year-old in all of us was reaching out to her in tears as they took her away from us. And that made us angry.

For a lot of Redskins fans, this name change has a similar effect.

When you’re raised rooting for a helmet and a jersey, and you’ve emotionally invested yourself in the men who played that game in those things, the abrupt disappearance of it – based on a political calculation to keep from getting erased by the cancel culture – just makes you wonder what else they’re coming for next.

I’ll tell you what else …

Cowboys represent the underlying issue with all of the protests and upheaval in this country, at present. Cowboys “settled” the west. That’s code for “killed all the indigenous people and stole the land.”

Cowboys fenced off the acreage they wanted and just took it. Then they started farming it and ranching it and making a lot of money in the process. Now, Cowboys control the American west. And you don’t have to go too far back in time to get a bloody snapshot of how that happened.

And for those not keeping up, cattle, the cornerstone of the western diet, are being blamed for using up a lot of the world’s natural resources; from the water it takes to keep the cows hydrated, to the enormous swaths of land it takes to keep them grazing.

Activists assert that if we all went to a plant-based diet, we could open up all those recourses for other crucial things.

Then, there are the cow farts that are supposedly destroying the planet as well. Watch the newest Burger King commercial and you’ll see that I am literally not joking.

The American Cowboy stands as a stark representative of what some consider to be everything that’s wrong with the United States, and really, western civilization as a whole. Watch one episode of Yellowstone and you’ll see where those battle lines are still drawn. It’s fiction, but all fiction is based in something true.

I can foresee a movement to change the Dallas Cowboys name one day. Now, when I see that star on a helmet, I know it’s only a matter of time before the mob comes for it. There was a time when I thought that would be a far-fetched notion. But not anymore.

But it’s not just the names they’re going after. All of that is window dressing.

All those things I thought were good things to aspire to, as a child growing up in America, are being rejected as racist, xenophobic, nationalistic privileges.

And while that star might’ve meant something positive to me – it meant oppression and theft to someone else.

We’re going to have to keep having this conversation until we finally reach the bottom of it and enough people have had enough.

The “tear down America” crowd has tipped their hand and showed us exactly how much of this country, its traditions and its basic way of life, they want left standing – none of it.

The end game isn’t about the Redskins. It’s ultimately about the Cowboys.

And if you don’t know that, you’re not paying attention.

4 thoughts on “REDSKINS AND COWBOYS …”