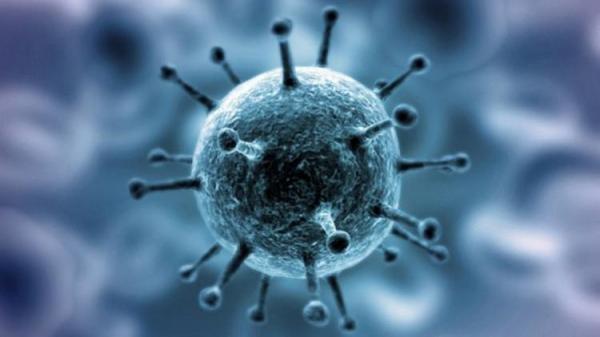 As I watched my neighbor put her dog’s poop in a single-use plastic baggy, I thought about split pants in China.

When my wife and I got off the plane, 18 years ago, to adopt our first daughter, we were taken aback by the split pants. Split pants are (or at least were, back then) pants the children wear that are open in the crotch area. That allows them to urinate or defecate unobstructed, onto the street or wherever they may be. The theory is that eventually they will learn to “aim it at the toilet” or something to that effect.

Either way, I distinctly remember my brand new Nike slip-ons (probably made not far from where I was standing) sloshing into a mix of urine and who knows what else, and continuing to do so for the next three weeks.

As I started feeling the cough coming on, I remember one of the women in our group saying, at one of the airports (as she too, stepped into urine) “The people in this country probably have built up antibodies inside them our bodies have never even thought about.”

I replayed that line in my head for the next three weeks, as I descended into night sweats, fevers and a cough like I’ve never experienced.

Over the next several days and weeks, we would experience the amazing culture of China, in several different cities. But some things stood out to this germophobic American. I watched a man hock up something from his chest and spit it on the floor, right next to us, in a restaurant. No oysters for me, thanks. I’ve suddenly lost my appetite.

We visited a Hutong (inner city – where the locals live) and saw raw chickens, skinned and bleeding, just laying on the floor, waiting to be thrown on a restaurant grill…for public consumption. No FDA or USDA or food inspectors or “codes” to comply with, here. But why? This is the last purely communist country on earth. You’d think there would be red tape everywhere. What was happening here?

Then, my wife and I had to rush our newly adopted, 8-month-old daughter to the public hospital…and suddenly it all started making sense.

As we stepped in more urine, took our number from the print-out machine, walked past the line of children whining and crying from the scalp IVs in their heads, then rushed to clean up blood and mucus (left by the last patient) on the plastic table they were now laying our baby on, then waited on the ONE overworked doctor (attending to no less than three hundred people) try to round up a basic anti-biotic to administer to my daughter (right there on site – no refills) it dawned on me what I was seeing and what I had been seeing this whole time. I wasn’t watching a “backward” culture or a third-world society. These people weren’t genetically inferior to first-worlders. They weren’t “less-evolved” than I was.

I was witnessing the kind of maximum, almost brutal efficiency a society must develop when the state is the master and the individual is merely a subject. Why would a Communist country not have an effective FDA? Because who are you going to complain to if you get tainted food? The government? They don’t answer to you. The press? They are owned by the government. And again, they don’t answer to you.

So what if you don’t like the conditions in the hospital? Where else are you going to go? This hospital is the last (and only) stop. You can’t opt for another place and then just pay out of your own pocket. The government has capped financial upward mobility. There is now “income equality.” And that means nobody has the means to buy their way into a different (or better) situation. And even if you could, one doesn’t exist. The state provides it all. You’re stuck.

In every one of those places I described (especially the hospital) there were uniformed guards posted everywhere. The government was literally on every corner. And yet it didn’t feel like help. It felt like surveliance.

“Yes, communism is bad, Regie. We get it,” I hear you saying, through your screen. But it is much deeper than surface ideology for me, personally. As our group was sloshing through the stuff on our shoes, we all speculated as to what new viruses we might be bringing back to the States with us. Well, even during SARS, none of us brought any viruses back. But my family did bring back one of the rarest genetic disorders on planet earth. My daughter was carrying, in her beautiful little self, a messed up sequence of genetic code. She was missing a piece of her 15th maternal chromosome. It brought with it dozens of different symptoms, one of which was seizures.

A month after getting her home, she went into a ten-minute seizure that could only be described as terrifying. And as the doctors and nurses ripped her from my my screaming wife’s arms and dragged us into the waiting room, I was incredibly thankful to be at one of the best children’s hospitals in the world. This hospital was clean and sanitary, with highly trained people everywhere. There were comfortable chairs and private rooms. There was any and every medicine we needed, readily available. And as horrible as that day was, and as expensive as it was (that day basically contributed to bankrupting us. Fortunately, I live in a place where I was able to earn all that money back and more), we were incredibly grateful we were in the United States and people were getting paid large sums of money to tend to our precious little soul. And she survived.

What we know, without a doubt, is that she would not have survived had she not gotten out of China; out of that system.

China is back in the news with yet another deadly virus we are all wringing (and washing) our hands over. And I’m certain we’re more freaked out about it in the United States than they are in the epicenter of it. Trust me on this one. I’ve lived it.

If ONE American were to die of this virus, the marches will begin and the public outcry will be never-ending. Why? Because we are oriented to the individual, in this country. We believe – whether we practice it in our politics or want to admit it to ourselves – that one person makes a difference. And our government answers to us. We don’t answer to them.

As this virus is doing whatever it’s doing, we are also having a heated debate over our own politics as a nation. We are literally discussing the merits of “democratic socialism” in the context of a Presidential election, in the United States, in 2020. I don’t think this is an accident.

I’m watching people (even good friends) on the left, basically throw their backs out, trying to contort and explain away why “some’ socialism is a good thing and how public services are all really “socialist” constructs anyway and how it really isn’t as bad as all that and how ‘this isn’t Communism – relax” and basically try to shoe-horn themselves into possibly having to take a deep breath and vote for a guy who sees the bright side of Fidel Castro but at least is not Donald Trump.

And he has ignited the debate over “single payer” healthcare. And that notion always seems to be reasonable on the surface. Why not just streamline the whole thing? Why not get the bloated insurance companies out of it? Why not eliminate the greed and corporate bureaucracy from our health?

That all sounds very reasonable.

But here’s the thing …

Single payer also means single buyer. That means the dynamics of the market get eliminated. One of the natural checks-and-balances of finding a hot-shot surgeon willing to do the risky procedure or even just seek a second opinion, get chopped away little by little. Because now we’re answering to the government. It isn’t answering to us. After all, where are we gonna go? They’ve got us. And our cancer treatment or skin graft surgery or kidney stone blast is up to their red tape. Sure, we can get in the door for free. But we might die in there, waiting on someone with no incentive and who faces no recourse, to change our plasma bag.

And now, ten years later, we seem to need to fix it all over again. Why?

I personally believe it’s because we’re moving in the wrong direction when it comes to healthcare. We keep moving away from the free market toward a more controlled government system. Why not allow insurance companies to sell their products across state lines? Why not offer them tax incentives to keep high risk patients (like my daughter) on their actuaries? Why not put them in positions that force them to compete harder for the public dollar and become more competitive? In other words, why not make them more accountable to US?

If those ideas sound like decent ones to you, you may find it surprising that all of them are in a bill proposed by Marsha Blackburn (my long-time representative, now my senator) back in 2009. It’s 27 pages long and it would only take two weeks to implement. It never made it to the floor of the House for a vote.

What if there are answers in the free market?
There are companies like Weltrio, in Oregon, that provide comprehensive healthcare concierge services to corporations who provide insurance, and they lower costs by as much as 68%.
It seems like these ideas are right there for the trying.

The thing about free-market solutions when it comes to healthcare, is that if they don’t work, you can always trash them and go to a public option. But once you nationalize healthcare, there is no going back. And that terrifies me. I’ve seen the natural conclusion of what happens when only one buyer is purchasing gauze and morphine; when one source pays the doctors and nurses.

And I suppose my answer to all of it is: what have we got to lose by trying the easy thing first? What if the evil Capitalists are right and it kinda works?

Vladamir Lenin said, “Give me your four-year-olds and in a generation I will build a socialist state.”

He also said, “The goal of socialism is communism.”

Then, he said, “medicine is the keystone of the arch of socialism.”

We’re finding out – IN America – just how right he was about all of it. And some of us aren’t thinking twice about it.

When Ronald Reagan said, “One of the traditional ways of imposing statism or socialism has been through medicine,” many scoffed at him and joked about how stupid he was or (worse) how he just wanted the rich to have healthcare and didn’t care about everyone else.

But the truth is we all want the same things. We want our children to have access to affordable and GREAT healthcare (that last part if the key). We just have different ideas on how to get there.

As for me, I’ve seen what happens when the choices are taken away. And what happens ends up being a place where new viruses can spread too easily, to too many people, and aren’t contained quickly enough.

And that ultimately affects us all.

Motif is a crisp, minimalist and fully responsive business theme. This means your site will look good not only on laptop browsers, but also on devices with smaller screens, such as the iPad and iPhone.